Many await this manifestation… 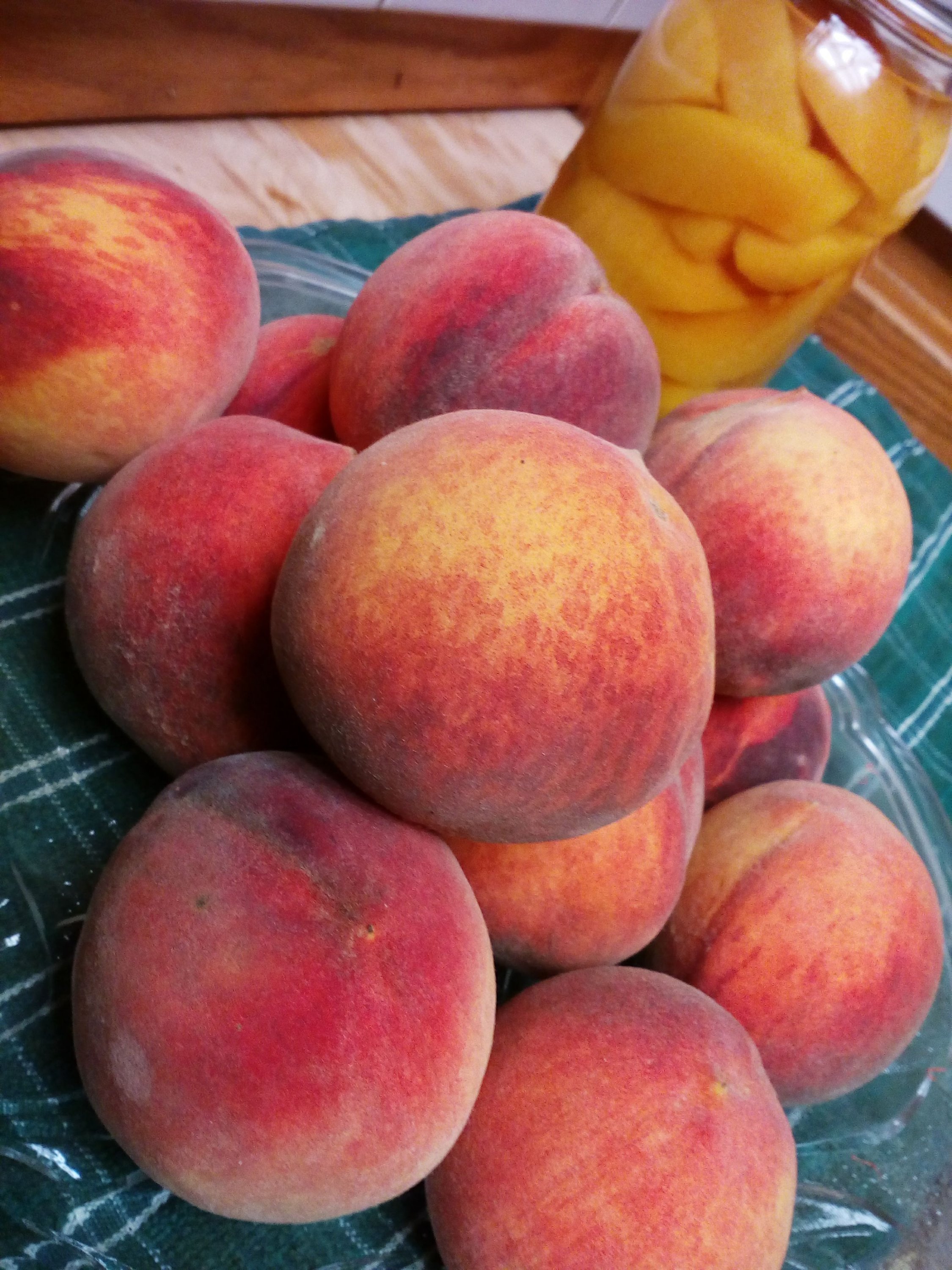 Lush if that is the preference

When before the deity stands

A heart, a soul

A yearning for a forgotten

A timeless, a lifetime’s

A prayer sent, a plea

A bargain, a deal

For grace in groves of peaches

In sweetness, in intoxicating

When we in the company

On a hot Saturday, since it is summer, this was in the backyard.

It huddled alone among the dead weeds on the parched land. What in the world? A white crow? Co siders g all the stress I was having I wondered if it was a sign from above. Black crows are a harbinger of death. White crows… who knows.

Well….It is a little egret. Not a big heron like the ones that soar majestically above our heads as they gracefully land into the river behind our house. Nope. It is small. This one hopped around even with the noise of the weeder going. I figured something was wrong with it. It couldn’t fly away.

We plan to release the bird into a sanctuary. After it rests, that is. We have to go and buy small gold fishes for it for now. At the very least, we have nearby sanctuaries where the bird can have places to hide, a place to find grub and drink. And let nature take its course to heal it. We hope. Because we can see no visible injury. It just can’t fly. And we have currently no one to guide us.

Update: bird was released into the Delta. Or at least a place near the Delta called The Reserve. It’s by a golf course so it is pretty well protected. There are places it can hide, it’s near water and it has plenty of grub. Everything the bird needs to give it a chance. 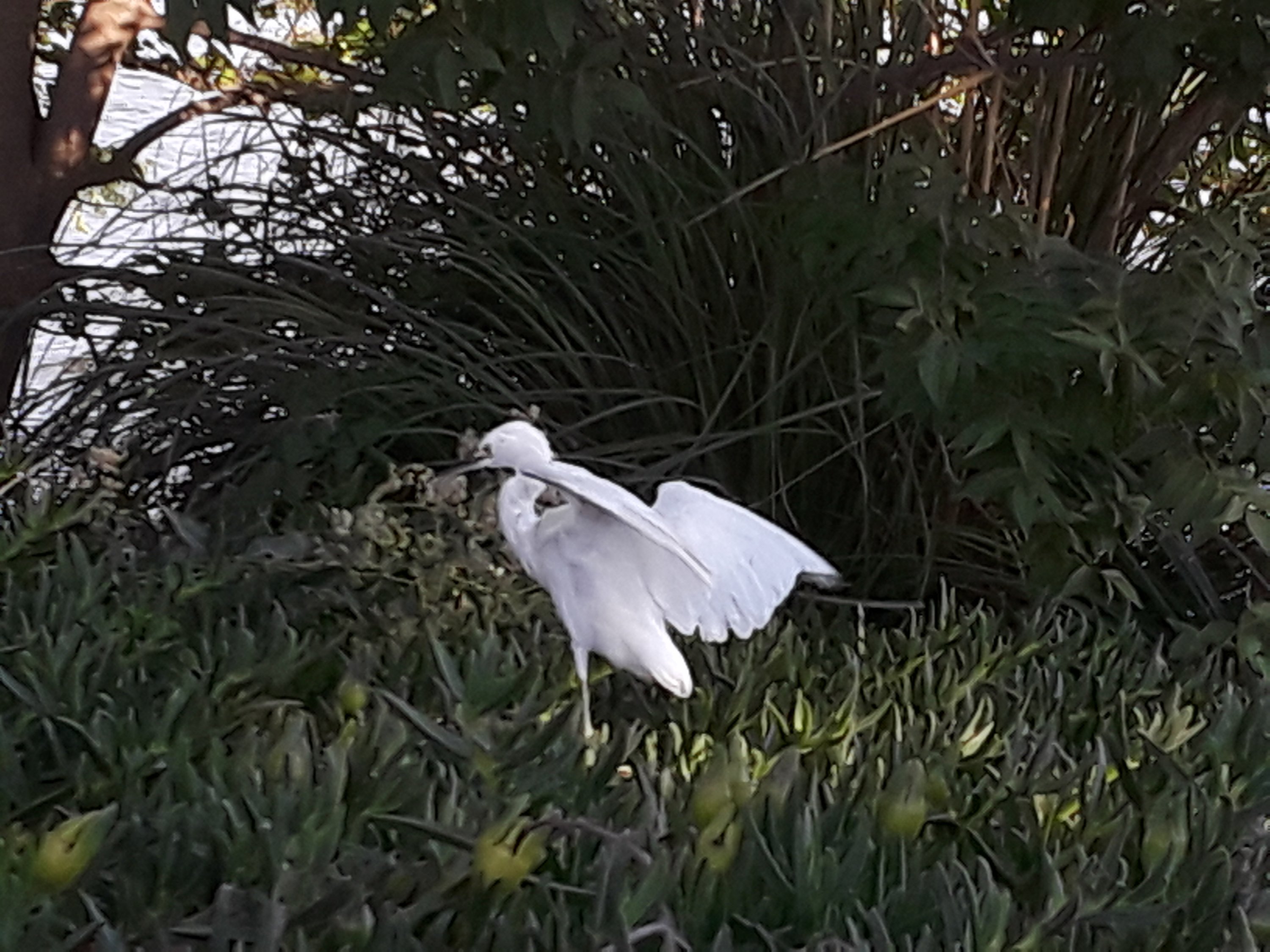 There used to be motion

That could have been possible

There used to be flowing

Between ideas and creation

Regardless of rising ages

And at this pinnacle

The air is still,

We spent hours on a plane to get here… and we spent days walking and walking and walking and walking. Not only that, but my luggage was already filled to the brim and heavy… We took the metro… I warn you now… Do not take the metro with luggage that is too heavy to carry with one hand!!! Seriously! Those rollers will not help you get up and down 4-8 flights of steps where there are no elevators! Be smart and take a taxi. Yes it will be costly, but who cares? You’re in Paris!

One iconic shot, that’s all I wanted. And here it is…

The Eiffel Tower lit up for the night.

But Paris offers such places to take more…

If I was already there anyway, why not pay homage to this place, no? 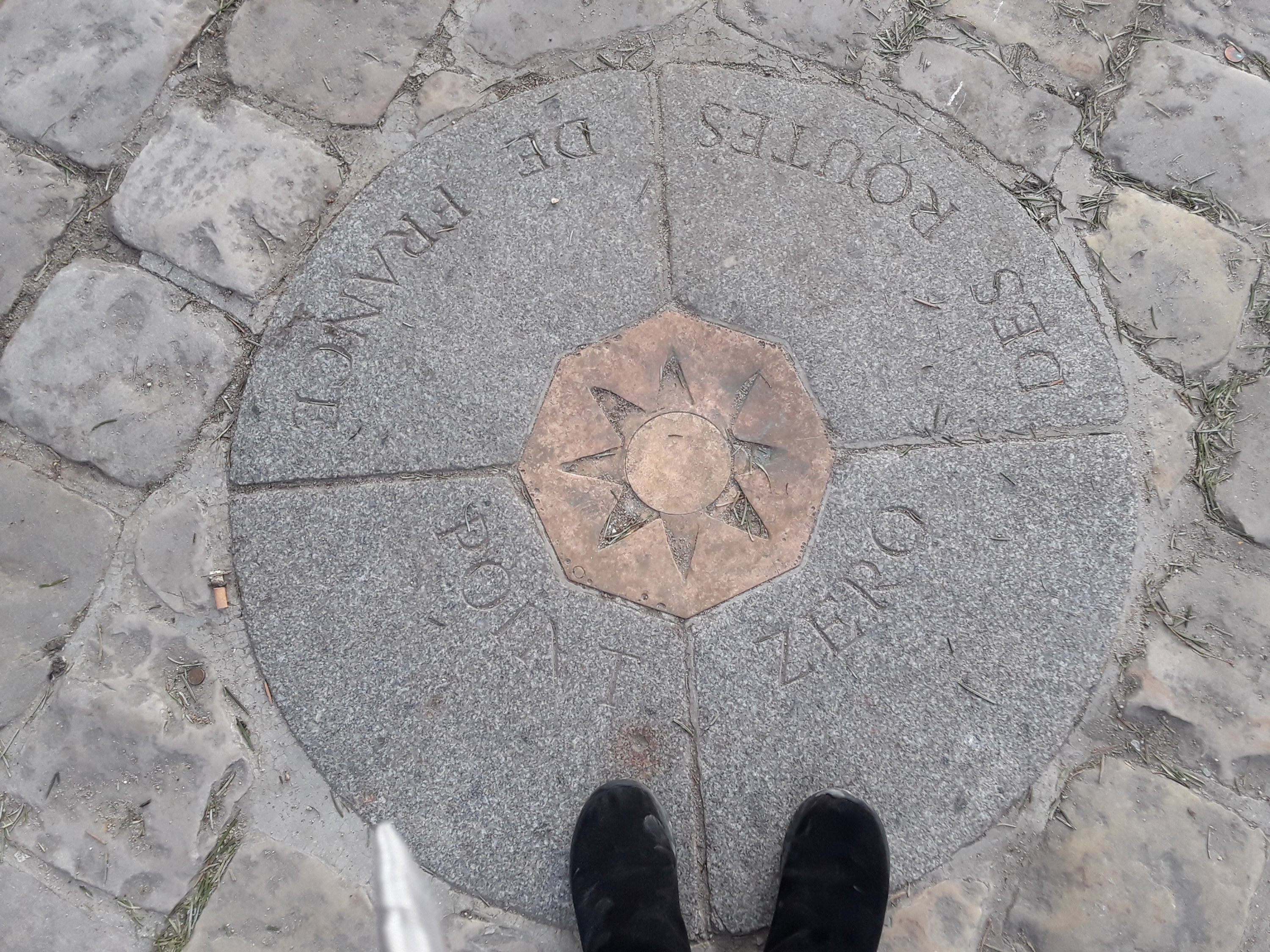 Go to Paris… yes, you…and find this place… it is as it says… point zero of all the roads in France…

Climbed up the steps to see this place.. then they told me climb up another 300 steps to the dome… eh????

But the view was worth it.. even saw gargoyles…

Sunset from Sacre Coeur… Perhaps some things are meant to be seen in twilight…. 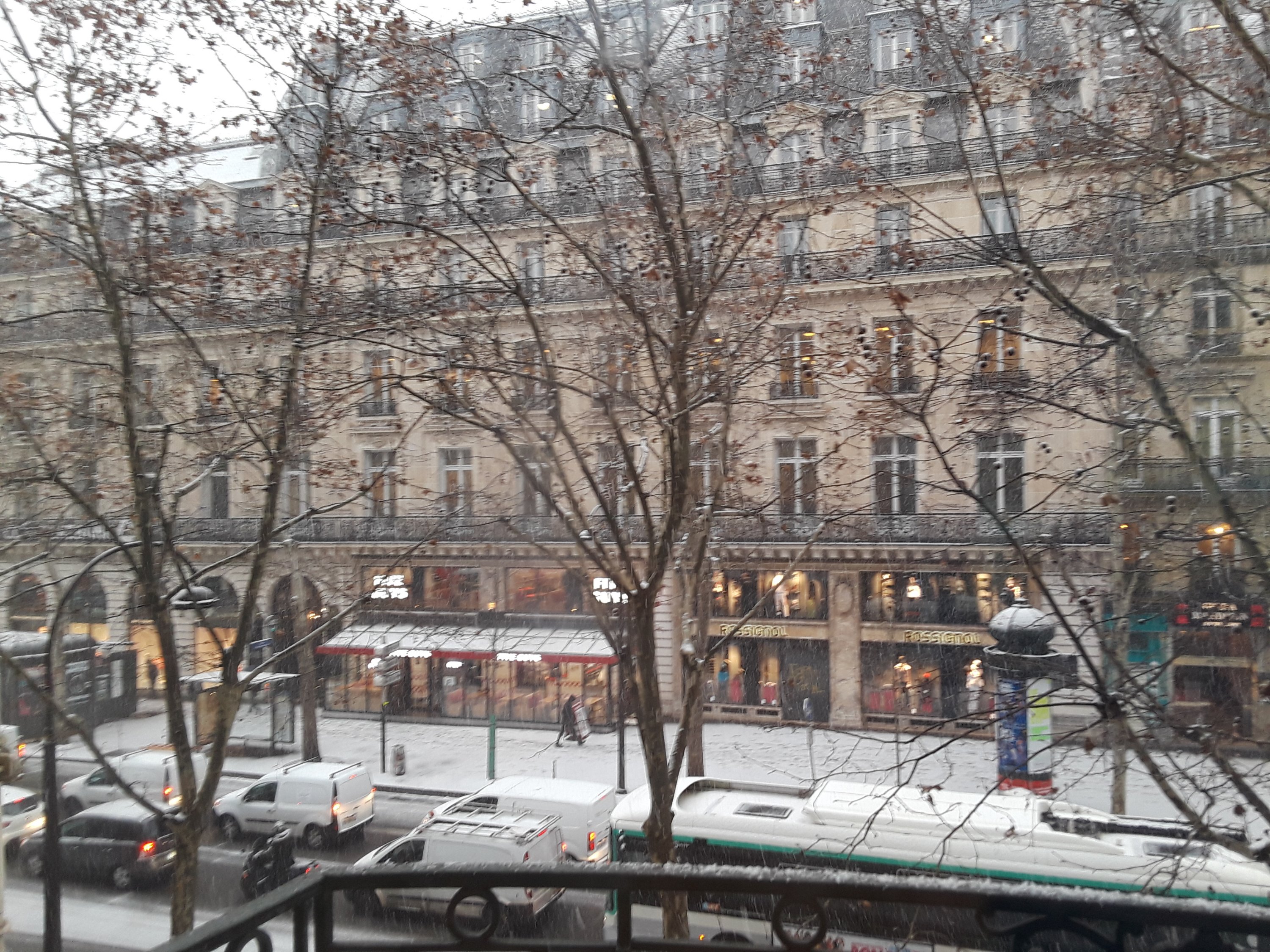 Travelling for hours after much bickering between my travel mate and I, through English fog and winter’s breathe… we were finally minutes away from the ultimate destination of our English sojourn. My heart pounded slightly faster as if it has longed for this moment. And as we stepped off the site shuttle and stepped on sacred ground, my heart fluttered more.

There were many crows in the fields.

The sky was somewhat overcast. And yet, for a slight second, the sun shone, allowing me to capture this one picture. 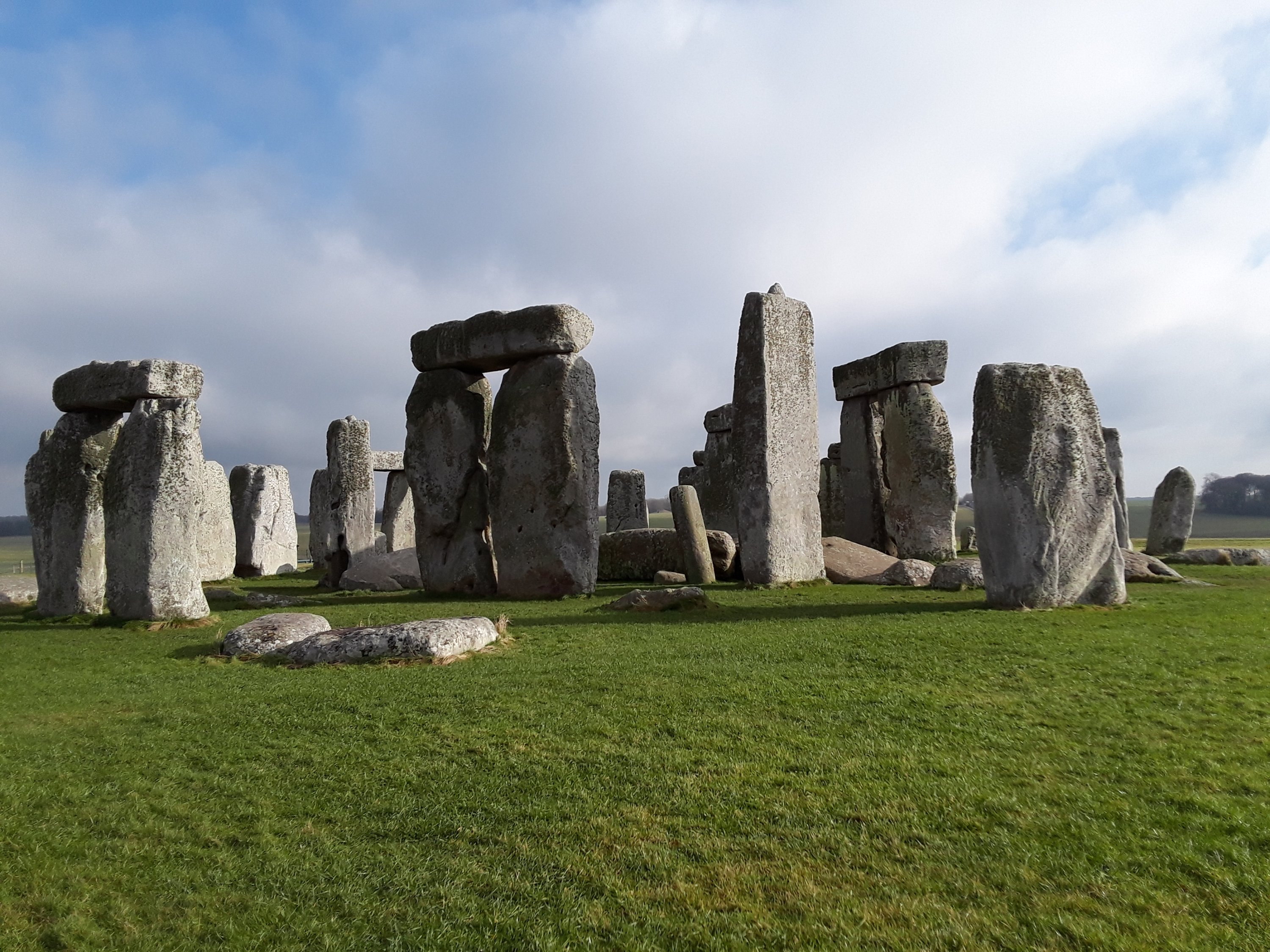 It was all worth it. 3000 or so miles away from home, across oceans and countries… I came and saw and felt… a sense of coming home…

You are the ocean

I stand, the forest

In my own world

You swimming blue in yours

‘tween you and I

Except this river of sand…

Took a trip out to China. No, it wasn’t too adventurous. It’s a guided tour so we were always on the go.

Beijing had no clouds, so the temple of heaven… Here you go. 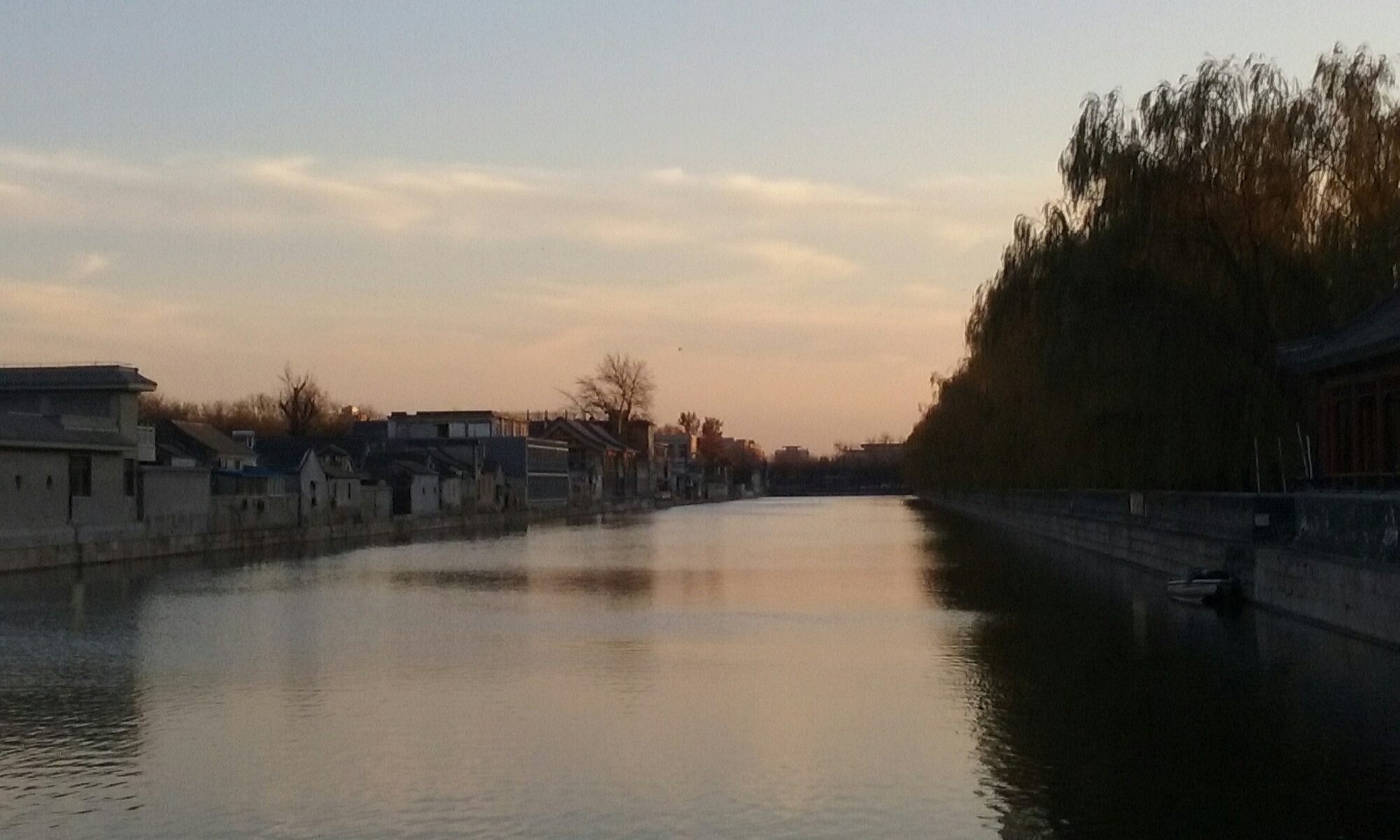 Moat near the Forbidden city. 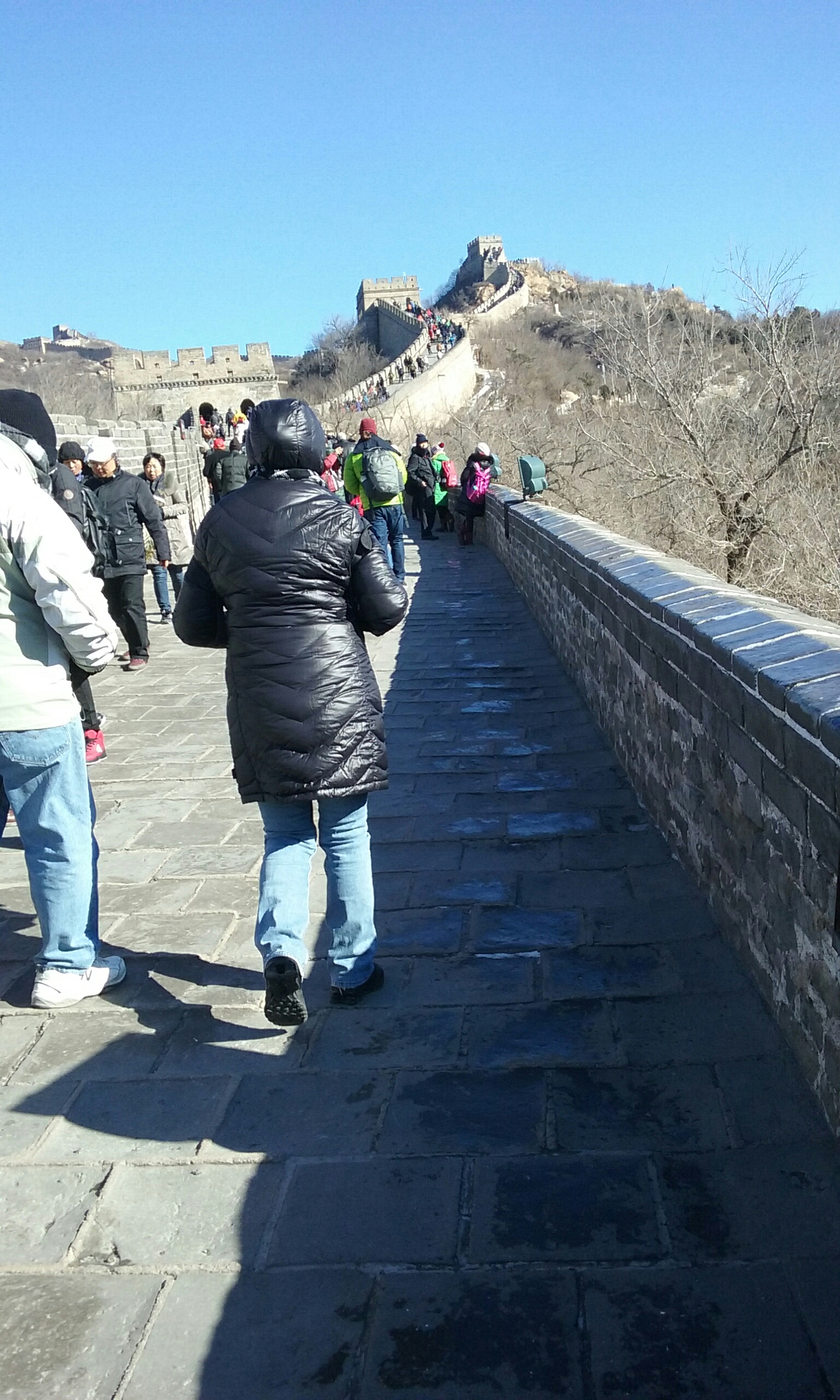 Skies around the Great Wall in Badaling.

I think I liked West Lake and the Tea plantations most.

But I was obsessed with the bridge in Huangshan. At night, the waters are so still and glassy, turning the bridge into something surreal. 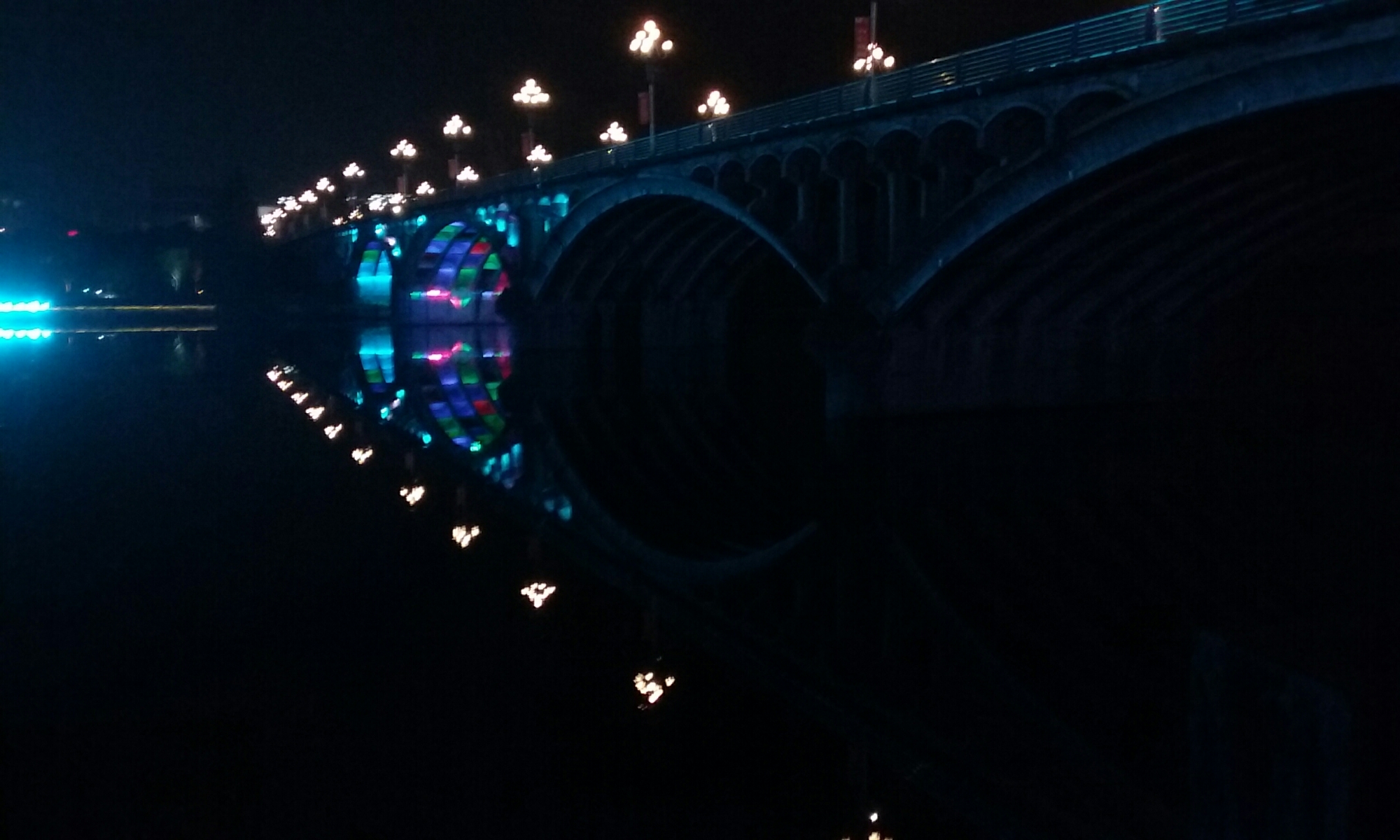 I kept taking many pictures!

China is a big country and we somehow visited 6 cities. All in a 15 day tour. In the middle of winter.

In truth, I would visit again during this time. One, we didn’t have to contend with smog. Two, no mosquitoes on the river allowing us to open the balcony door quite wide. Three, the crowds were few and far in between.
But I do warn that the pearl factory, jade factory, silk factory, and even the tea plantations…. Don’t get taken in by the hype of the infomercials. Our tour guides were pretty nice. They tried to warn us, we just didn’t have enough information to go by that the warnings were sort of like information that got lost in the translation.

We, Geo and I, bought tea for the story. But in reality we could have had the same tea for less. It is Long Jing Green Tea. The best green tea China has. However, we paid $100 for ours. It wasn’t what they said it was. This was supposedly the Imperial Dragon Well tea. The highly in demand spring tea. The ones picked by virgins only during March, April and May. Only around the area of Hangzhou (West Lake). In the particular village we were in… Mei Jia Wu village. Huh.

I liked the taste of the tea. It’s clean and bright. Rather like genmacha.

But that would have still been too much for it. Because we were there in November. And from what I was reading AFTER the trip, the spring Dragon Well tea was probably all sold out BEFORE it was even harvested. And fetches prices well over the $100 for a small portion. And if you consider how small the region of tea plantations near West Lake, plus factor in the bus loads that go through these plantations… (I counted maybe 20 while we were there)… Then you will understand why we were …well… Scammed… That’s the only word I can say. Buyer beware in China. You should know what you are buying.

The trip was through Sinorama tours based out of Canada.

Get a visa for mainland China! Security there is no joke! Your passport becomes your local ID! And its important that you have a valid Visa.

And when going in winter, bring a mask for the face. Not only for the possible dust and pollution, but to keep you nose and cheeks warm. Brought mine for the pollution and smog… It ended up being a sensation among our group.

Bought this online fromChina. I thought I would see more of them being hawked. Nope.

My brother and his wife gave me a bundle of yard long beans from his garden. And, of course, that’s dinner tonight.

Cut the yard long beans or if there are no yard long beans, green beans will do as well. About the length of a finger is good. Remove the tips and the ends. Slice onions and garlic. Heat up oil in a pan on high heat. Throw in the onions and garlic and stir fry until fragrant. Then throw in the washed beans. Stir fry for about five minutes until beans are tender. Splash a dash of soy sauce and stir fry one more minute. Add a gauging pinch of crushed red pepper flakes. Stir fry for another minute. Serve with rice!

We were up on Palatine Hill! And the day cooperated! Beautiful Skies for this day!

rhb1007's Blog
Create a free website or blog at WordPress.com.